The Jewellery Museum will reopen to the public on Wednesday 28th July. We can't wait to come back to welcome you!
Wednesday, 21 March 2018

From tomorrow 22nd of March until 2nd of September the “Gio’ Pomodoro Jewellery: the sign and the ornament” exhibition, curated by Paola Stroppiana, will present a wide selection of the Master's artistic production: many works from private collections, rarely on display to the public, will be on show for all to admire. 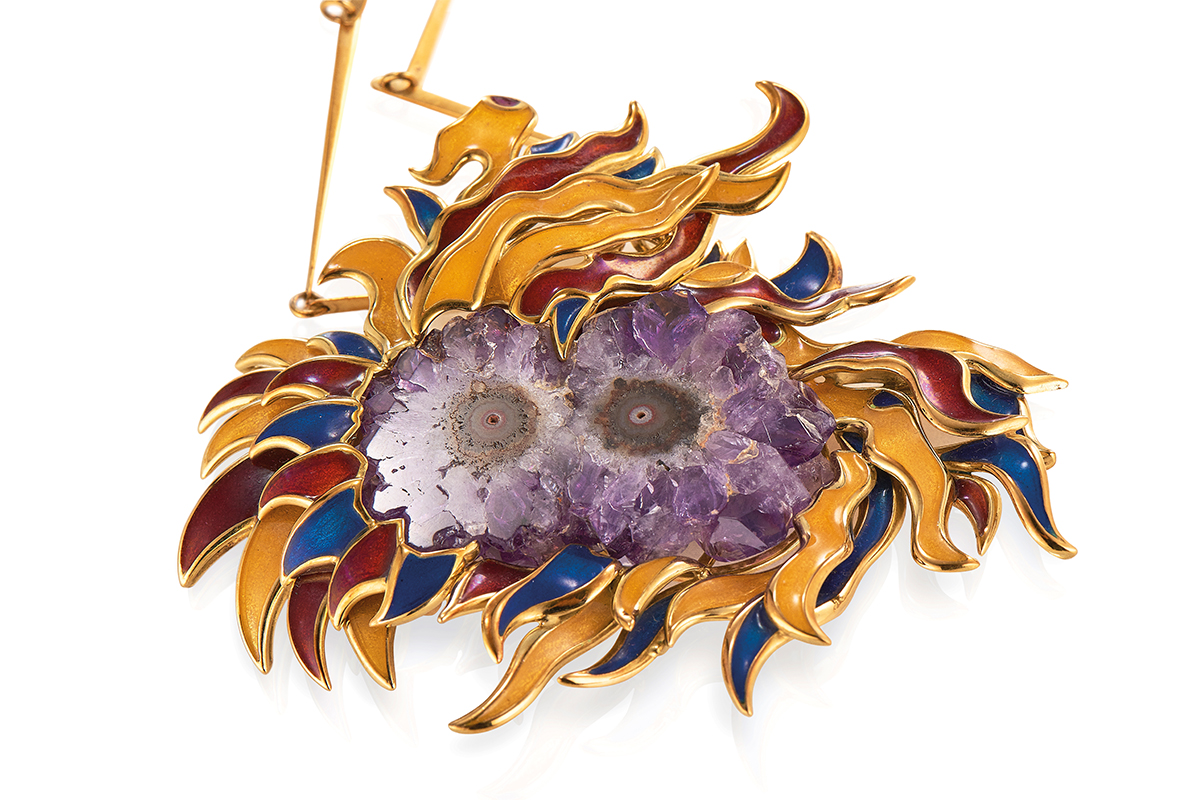 The exhibition itinerary presents an accurate selection of jewellery, all from important private collections. Over sixty items covering almost half a century. A story that unwinds from the early 1950s, testifying the shift from figurative to Informal, to jewellery in pure gold embossed sheet and cuttlefish casting. It then goes on to the geometrism of the 1970s where the mechanical element was joined by a distinct use of coloured enamels (included are examples exhibited at the Guggenheim in New York in 1994 during The Italian Metamorphosis, 1943–1968 exhibition) to arrive at the figurative creativity of items from the '80s, serial jewellery, prototypes and new experiments on hard stones in the 1990s.

This tribute to Maestro Gio’ Pomodoro (Orciano di Pesaro, 1930 – Milan, 2002), goldsmith, engraver, sculptor and stage designer, takes place 16 years after his death. The exhibition is a valuable occasion to make the public aware of the contribution that the great sculptor had on the modern conception of "artist jewellery" as a work of art in itself and on the codification of this critical phenomenon in Italy in post Second World War period.