The Jewellery Museum will reopen to the public on Wednesday 28th July. We can't wait to come back to welcome you!
Wednesday, 02 October 2019

The Dalinian itinerary in Vicenza

The statues of Salvador Dalì animate the city 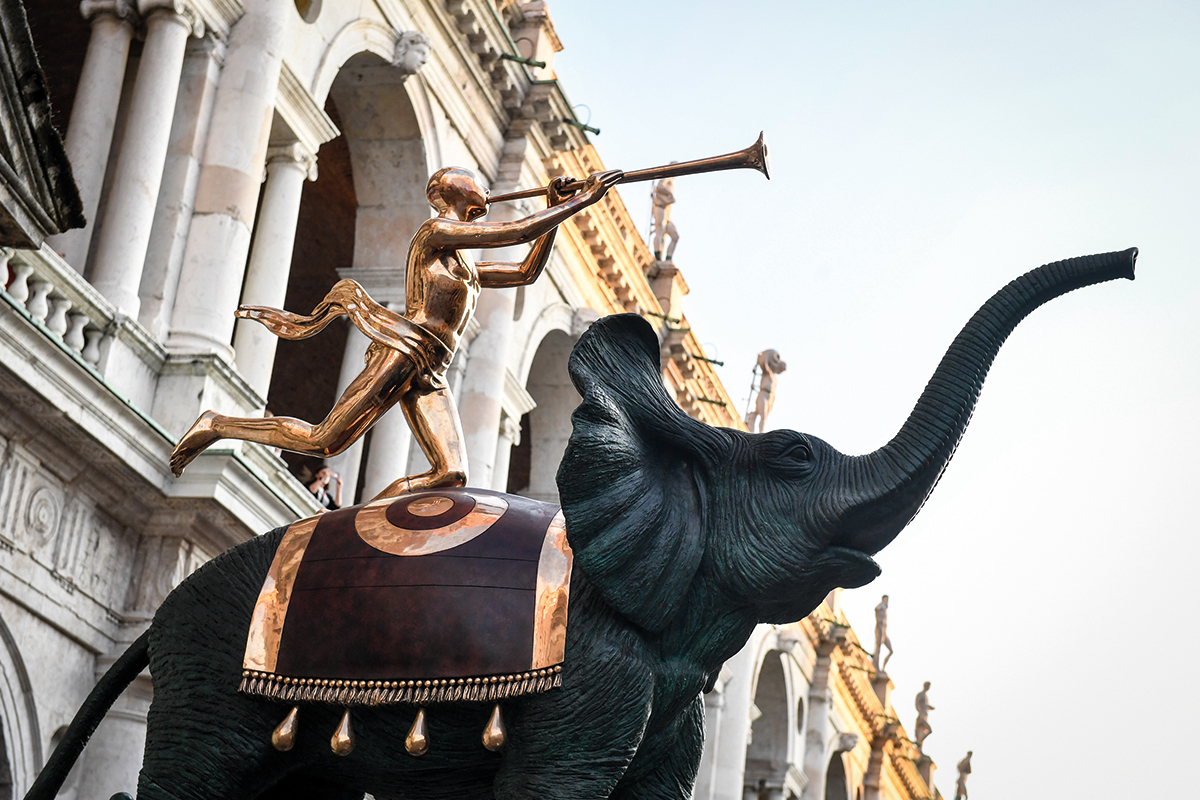 "Introducing monumental statues and museum pieces by Salvador Dalí into a city’s urban framework," said Roberto Pantè, Artistic Director of the Dalí Universe, "is an experiment that has already been tried in other Italian cities with enormous success. It is now Vicenza’s turn to host the Spanish artist’s statues, positioned in the most emblematic places of the city centre near the buildings, churches, villas and Palladian portals that earned Vicenza its nomination as a World heritage site in 1994.”

The master of surrealism actually had a particular bond with the city of Andrea Palladio, that farsighted architect who inspired entire generations. In fact, Salvador Dalí never concealed his deep admiration for the great architect, theorist and scenographer from Italian Renaissance times, defining him as «el archetipo de lo daliniano».

The Dalinian itinerary creates a breath-taking emotional suggestion, dispelling a dreamlike atmosphere that goes beyond the limits of time and celebrates art in its very essence, devoid of time and space barriers.  Vicenza citizens will love this cultural event and the splendid statues that will stand in the heart of the city for several months. 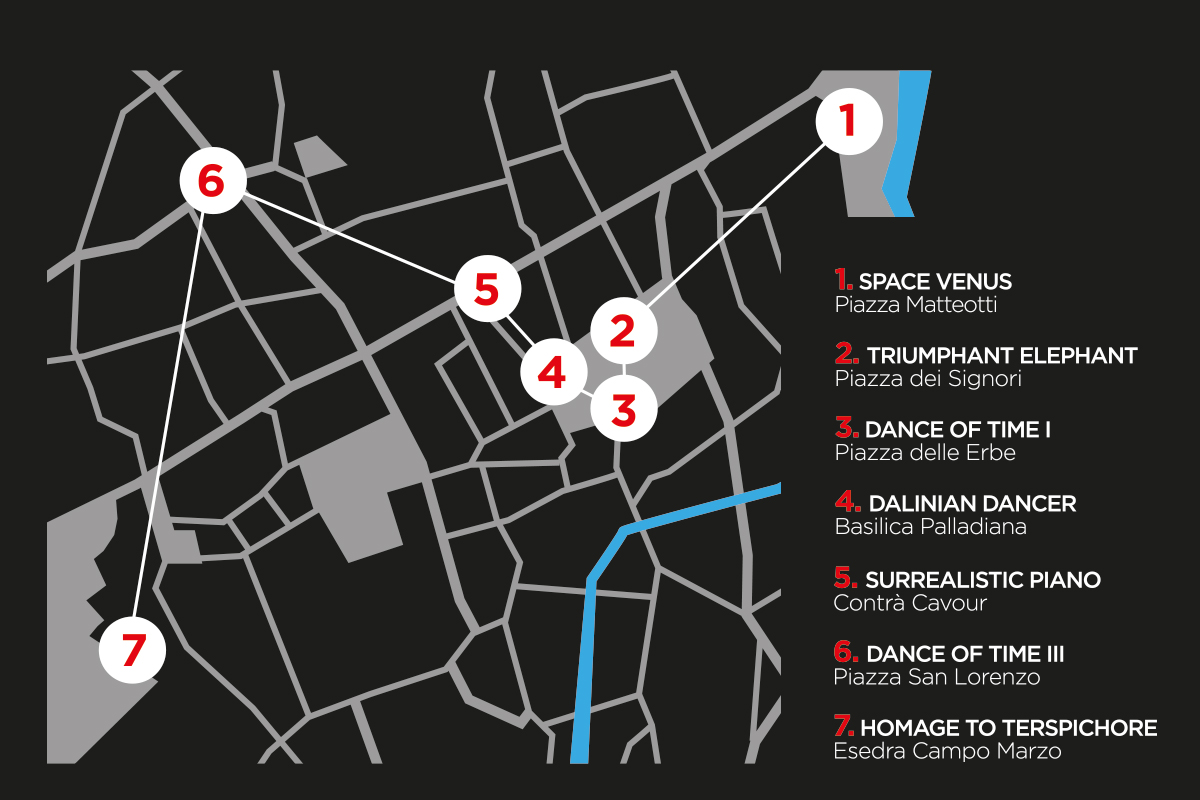