At The Jewellery Museum, from December 23rd 2022 to May 7th 2023 the temporary exhibition "Jewels and amulets. Beauty in ancient Egypt" opens, curated by Paolo Marini, Alessandro Girardi, Cédric Gobeil and Martina Terzoli. The exhibition offers visitors the opportunity to explore the relationship between beauty and fashion through the precious artifacts partly found in the village where the artisans who worked in the royal tombs of the Valley of the Kings and Queens lived.

Collateral to the third of the major exhibitions in the Basilica "The creators of eternal Egypt", the temporary exhibition, set up on the ground floor of The Jewellery Museum, proposes the dimension of the jewel, the excellence of the Vicenza artisan and manufacturing tradition which ideally links Vicenza to the production art that spread in the golden age of ancient Egypt, as a further reading of the great city exhibition, enriching the visiting experience.

ENTRANCE WITH THE MUSEUM TICKET 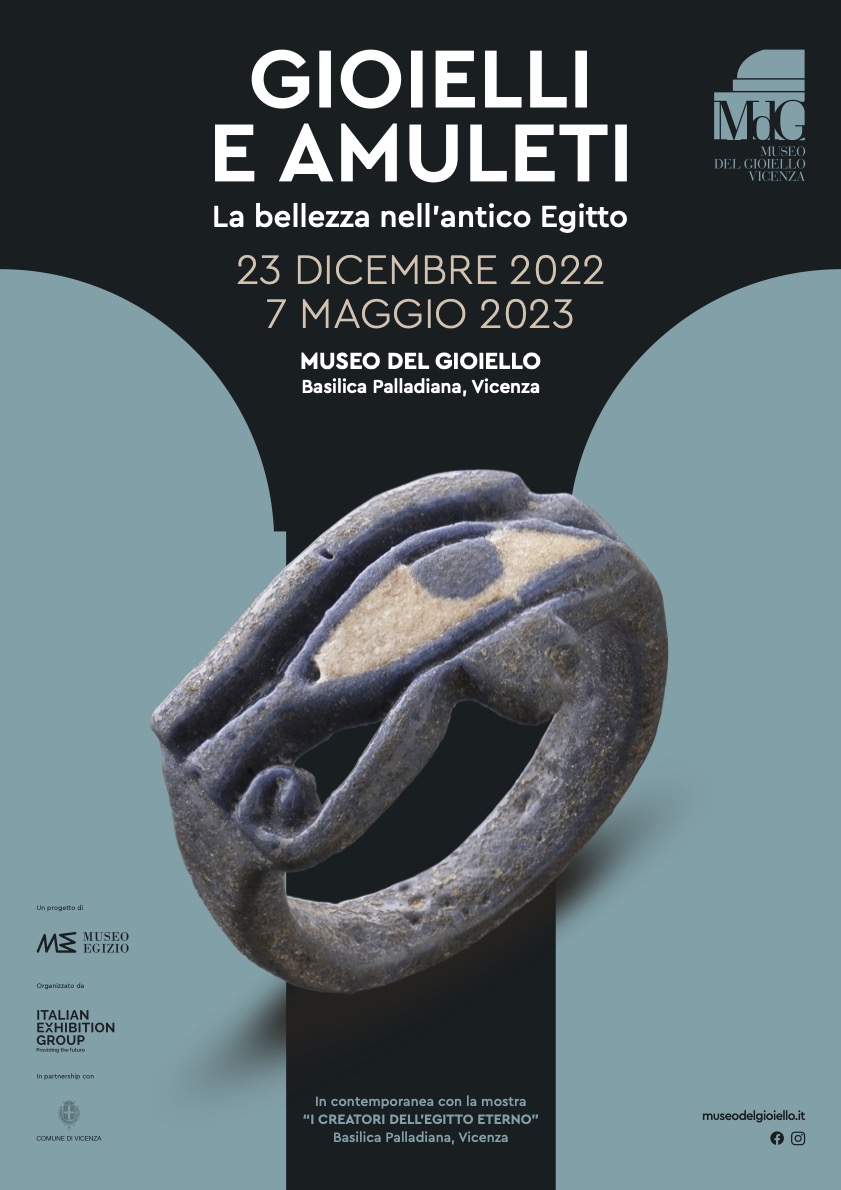 Jewels and amulets. Beauty in ancient Egypt is the result of a synergistic collaboration between the Museo Egizio and The Jewellery Museum. It was born in the laboratories and warehouses of the museum in Turin, where some ornaments and cosmetic products were selected and analysed, with modern investigation systems. Objects capable of opening a temporal and geographical window onto an ancient and distant world, where once again the precious accessory, the necklace, acquires multiple meanings and values, lends itself as a symbol of something else, be it beauty, luck, power and magic.

“Jewels, ornaments and amulets, in gold, silver, precious stones and other natural elements in ancient Egypt took on very different values and functions depending on the context: in daily life they intervened in the aesthetic perception of the individual image who wore them, in social relationships they expressed prestige and affirmation, while in the religious sphere they often acted as amulets with an apotropaic or propitiatory value.

The narrative thread of the exhibition, accompanied by a series of scenes taken from ancient Egyptian wall paintings, able to show us the jewels in their context of use, accompanies the visitor, showcase after showcase, in the world of beauty and cosmetics first, in that of magic later, to then arrive at an experimental laboratory where modern technologies have been able to make visible and materially concrete some jewels that in reality are still hidden among the bandages of the mummies of Kha and Merit, two illustrious characters who lived in Deir el-Medina about 3600 years ago”.