"Peace has been sung, invoked, defended or rewarded by such as John Lennon, Mahatma Gandhi, Albert Schweitzer and Alfred Nobel in many areas and disciplines, except in jewellery. Jewels have always deliberately been kept away from any ideological or political involvement, perhaps in order to avoid besmirching their precious allure with everyday life or perhaps because, as Nietzsche claimed, in order to remain such, idols must be admired from afar.

This volume presents peace as interpreted by young international designers, who here invest their jewels with a social and educational function and stimulate a reflection about how to produce a design for a theme that traditionally has little to do with the world of jewellery." 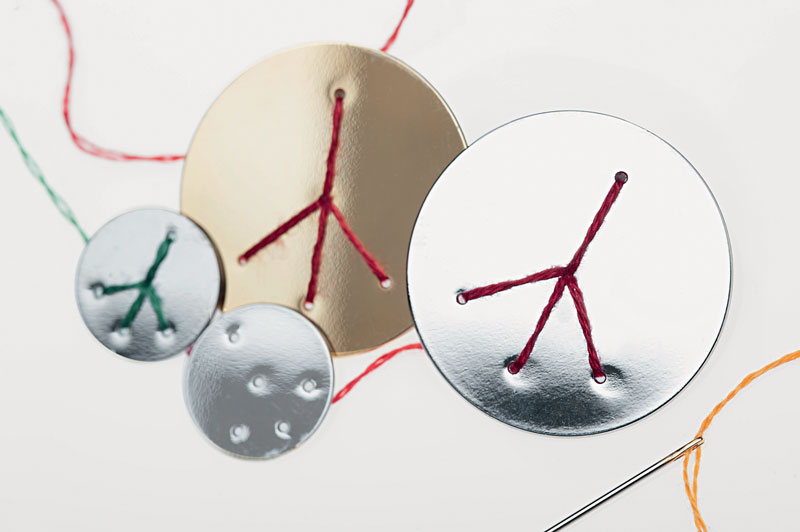 Sew Peace is a precious button, a jewel that anyone can wear regardless of age or gender. The brooch shows how it is impossible for peace to exist without commitment and responsibility. The holed circle is the symbol of a divided world, of a disturbed reality and only through the act of sewing does it reveal itself to be the symbol of peace. This is a jewel that daily makes the effort to build peace and which replaces a traditional button or can be sewn on a garment like a brooch. 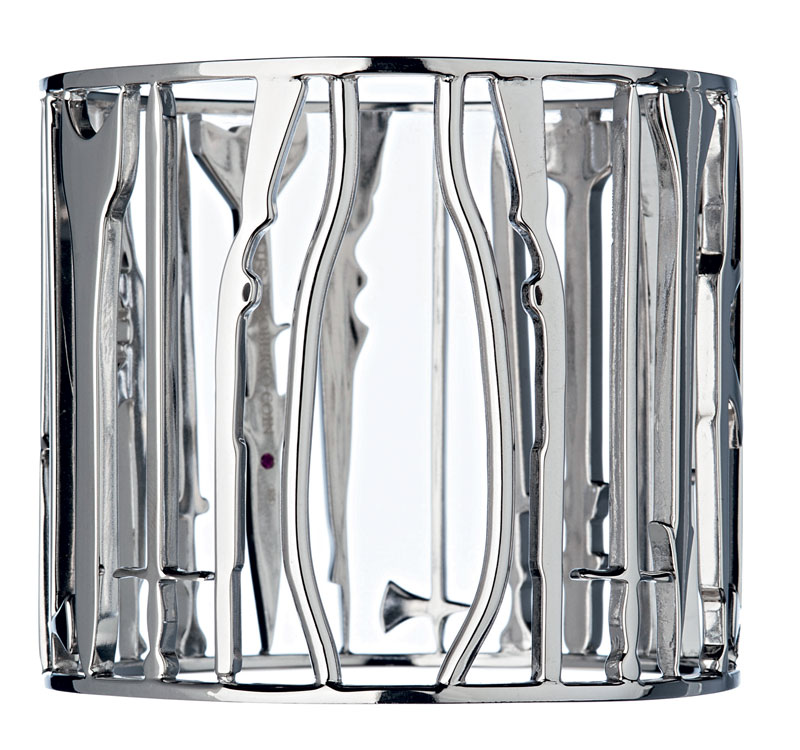 Laura Lanaro – 2° Prize
for The Fifth Season
by Roberto Coin

This jewel is born from the desire to give a shape to the concept of peace understood as freedom. Every kind of cultural, religious or political imposition keeps the mind of the individual prisoner and inarticulate. It is from this symbolic prison that the Utopia jewel suggests a way to escape.

The only two bent bars imply that someone has managed to get free himself of all the “weapons” surrounding him and has taken a step nearer peace. The person who wears this jewel is one who himself wants to be a protagonist of this escape.

Peace is fragility and equilibrium. These two features come to life in the textures that become an ornament for the bracelets and in the shape of the jewel, which is large in size but perfectly balanced. 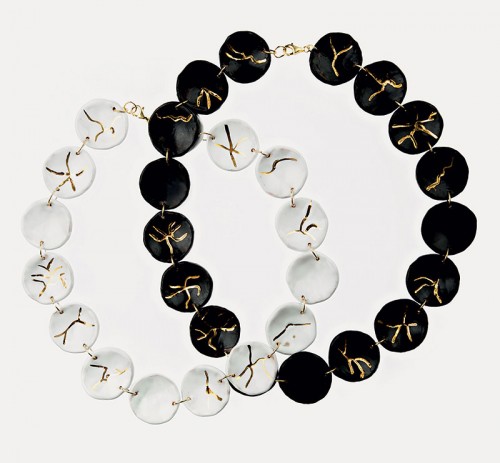 “Argue as much as you wish, throw the dishes around, but never finish a day without first making the peace”, Pope Francis. Thus was born the idea of a white, immaculate plate as a symbol of peace; but this peace is broken. How to bring it together again? The next step was to draw inspiration from an ancient Japanese technique called kintsugi which consists in bringing together broken items by filling the cracks with a glue made from gold, giving the object an added value because it has a story to tell, and a bond broken and reforged even stronger than before.

The development project is based on a module in the form of a white, intact plate symbolising peace from the module in the shape of a cracked plate in three variants, which tells of the difficult path for achieving peace: the closer one gets to it, the more the cracks vanish, and everything is repeated for the entire length of the necklace. This jewel testifies to the fact that peace is not a point of arrival: it can be broken again and this commitment to seek it must constantly be repeated, so that it becomes a common goal.

Discover all the designers -->